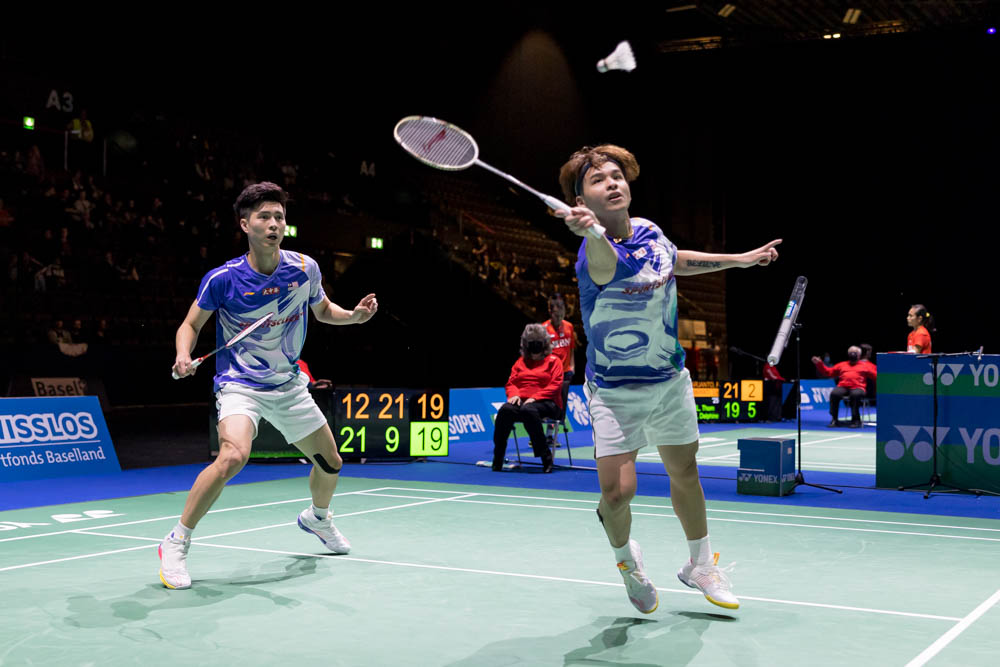 After the Swiss Open 2021 had to take place without any audience at all, life is now slowly but surely returning to the stands. Especially during today's men's doubles quarter-final between Malaysia and Indonesia, the spectators were audibly enthusiastic and heated up the atmosphere in the Joggeli Hall - at least by Swiss standards.

For 56 minutes, Fajar ALFIAN/Muhammad Rian ARDIANTO (INA), the fourth seed, and ONG Yew Sin/TEO Ee Yi (MAS), the sixth seed, played a real badminton thriller. After the Indonesians dominated the match in the first set (21-12), ONG/TEO from Malaysia turned the tables in the second set and beat their opponents by a clear 21-9 score.

The third set then demanded everything from the players once again: Under regular cheers and shouts of support, especially from the Indonesian fan community, the four fought for every single ball, jumping, sliding and sprinting around the court. The meanwhile quite numerous audience was entertained with appealing rallies and a balanced game.

After giving up a match point, ALFIAN/ARDIANTO (INA) finally managed to defeat the Malaysians and win the third set 22-20. They are now through to tomorrow's semi-finals where they will face Aaron CHIA/SOH Wooi Yik (MAS), who beat the German pair Mark LAMSFUSS/Marvin Seidel (GER) today.